One of the greatest struggles of a present-day manager is how to organize the time given in a most productive and profitable manner. When you are responsible for a restaurant or even a whole franchise, time means money more than ever, so making plans and getting them through to all of your coworkers is a top priority. Apart from using a general scheduling software, one can also opt for a HR administration platform specialized for specific line of business. So if you don’t want to jump from a frying pan into the fire, choose wisely – and take HotSchedules into consideration.

What differs HotSchedules from any other online scheduling tool? First of all, it is specialized for a niche market – restaurants, retail and hospitality businesses, whether they have several employees or a whole franchize organisation. HotSchedules is presented as an all-in-one app for getting rid of old-school scheduling that included endless phone calls and paperwork. Since its creation, HotSchedules aided over 12 million clients, mostly restaurant owners. On the official website it is stated that HotSchedules brings as much as 75% increase in speed when creating the timetable, accompanied by 2% savings in labour costs thanks to advanced reporting and prediction tools. There are three major groups of functions: those used for forecast, scheduling, and messaging. Tools are “flexible as your workforce” and let the employer maximize the efficiency of the staff members at hand. Whether you are arranging the meal period or managing working shifts, you have a complete overview of the business. In fact, not only of the current state of your enterprise, but also a future projection: based on the previous labour data, HotSchedules gives an estimate of expected schedule, and improves its precision with every new report.

Payment methods are quite universal since HotSchedules is POS-integrated, hence evades the struggles other platforms have to be available for clients all around the world. The portfolio of products offered to restaurateurs helps them with various aspects of the job – organizing shifts by means of Manager’s Red Book, hiring and coaching with HotSchedules Recruit (formerly Jobsabi) and Train, as well as keeping the records and analysing them with help of Logbook and BackOffice (ex Macromatix). Some of the additional HotSchedules modules, designed for even more specific purposes, include Above Store Console, Affordable Care Advisor, Activity-Based Forecasting, Digital Logbook, Floor Maps and Meal Period Planning. Accent on all of these is on the implementation of the platform as a mobile application, which is according to the premise of flexibility and constant availability.

Although 9 users rated in average a disappointingly low 2 stars out of 5 on the App Store, HotSchedules received mixed reviews from the target group. While one faction approved of the idea and realisation, claiming it made it easier for them to run the business and interact with co-workers, the others are bitterly pinpointing the disadvantages they’ve encountered. Certain problems with the clock system made customers furious due to consequential lack of accuracy concerning the pay check, which is furthermore a serious issue. Some of the glitches reported were the freezing of the screen in the tablet version of the app, creation of infinite loop during an attempt to access the messages, imperfections of notification system, etc. Even though the complaints are numerous, not everybody is dissatisfied, au contraire. Multiple reviews show there is a population of clients thrilled with functionality and improvements HotSchedules brought to their business, especially considering price-performance ratio. The options to swap shifts and request time off got the highest praise from the employees, who also appreciated the new line of communication between co-workers. On the other side, the managers were delighted with notification system which assists in easy-track of ongoing events and changes in the time table.

Do you want to know more about HotSchedules? Check out DiscoverCloud knowledge base! 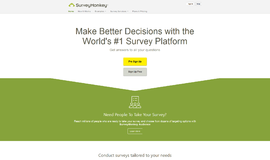 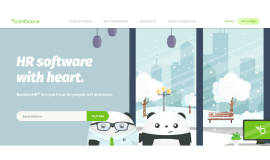 We Set You Free to do Great Work 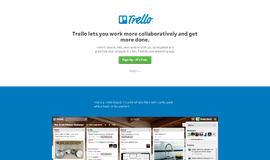